The CEAP classification (Clinical-Etiological-Anatomical-Pathophysiological) was created in 1994 to standardize the diverse manifestations of chronic venous disease. It was modified in 2004 to refer more broadly to chronic venous disorders. Therefore, it covers the broad spectrum of morphological and functional alterations of the venous system.

It is interesting to differentiate these terms, which have been defined by international consensus:

Chronic venous disorders: it includes the whole spectrum of morphological and functional anomalies of the venous system.

Chronic venous disease: used when the morphological or functional alterations (valvular incompetence) are present of long duration and manifested with signs and symptoms that need to be studied and treated. Valvular incompetence is identified with duplex ultrasound as a retrograde venous flow of prolonged duration. Symptoms include pain, burning, itching, heaviness, fatigue, muscle cramps. Signs include dilated veins (telangiectasias, varicose veins), oedema, skin alterations and ulceration. The severity of signs and symptoms does not always correlate with the degree of underlying valve dysfunction.

C (Clinical): We often use it in isolation. 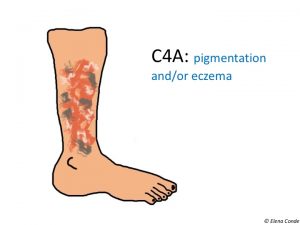 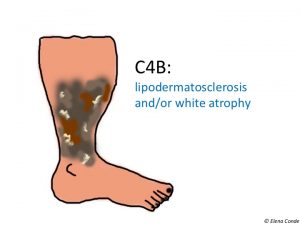 The C classification is completed with the presence or absence of symptoms (pain, itching, heavy legs, cramps, others): 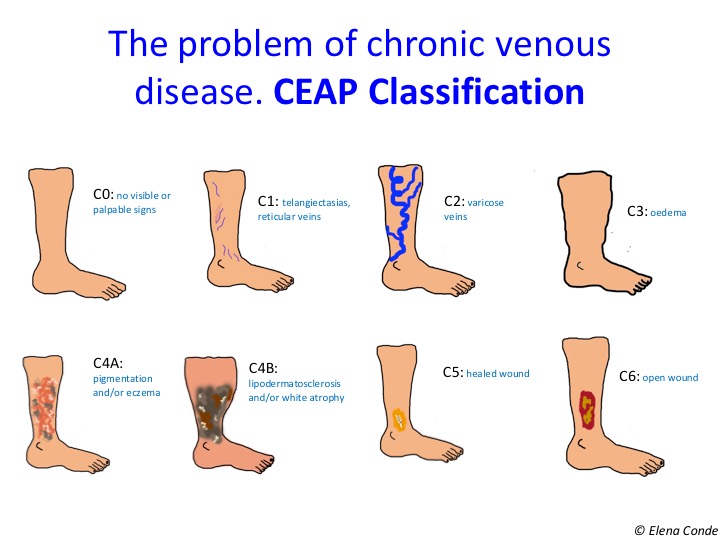 If you want to know more about the anatomy of the venous system of the lower limb: Meissner MH (2005) Lower extremity venous anatomy.

P (Pathophysiology): indicates the presence of venous reflux or obstruction.

The venous blood flow is determined by the drainage from the superficial to the deep system, thanks to the muscular contraction that overcomes gravity, and to the prevention of its reflux by the closing of the venous valves.

Superficial and deep venous thrombosis cause an obstruction that hinders venous flow. Consequently, superficial veins become tortuous and alternative drainage routes are developed. Although the thrombus may be partially or totally reabsorbed, damage to the wall segment and valves is permanent. 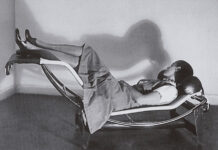 The importance of footfall and footwear in venous ulcers 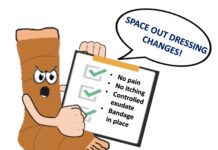