Home Types of wounds and pathophysiology Why does the classification of pressure ulcers fall short?

As a reminder, the most widespread and widely used classification of pressure ulcers is the NPUAP/EPUAP (National/European Pressure Ulcer Advisory Panel) system, which only includes the depth of the wound. 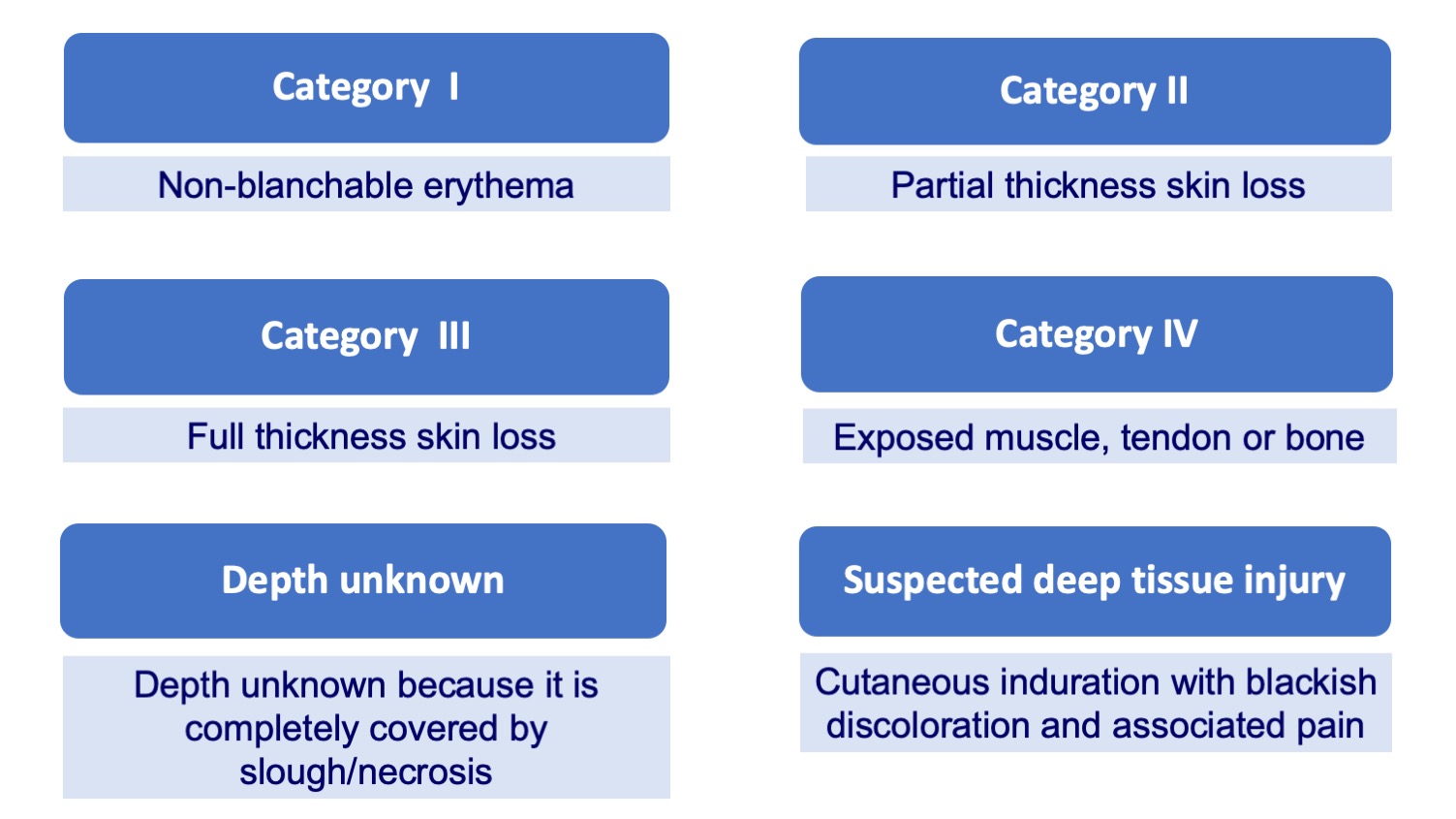 The problem is that talking only about the depth does not give us enough information to get an idea of the prognosis and decide the best treatment in each case… In fact, many times, the main conditioner of the evolution is ischemia or osteomyelitis, which are not recorded in this classification (See post “Do not debride dry eschars on heels“). And, of course, the general condition and baseline situation of the person. 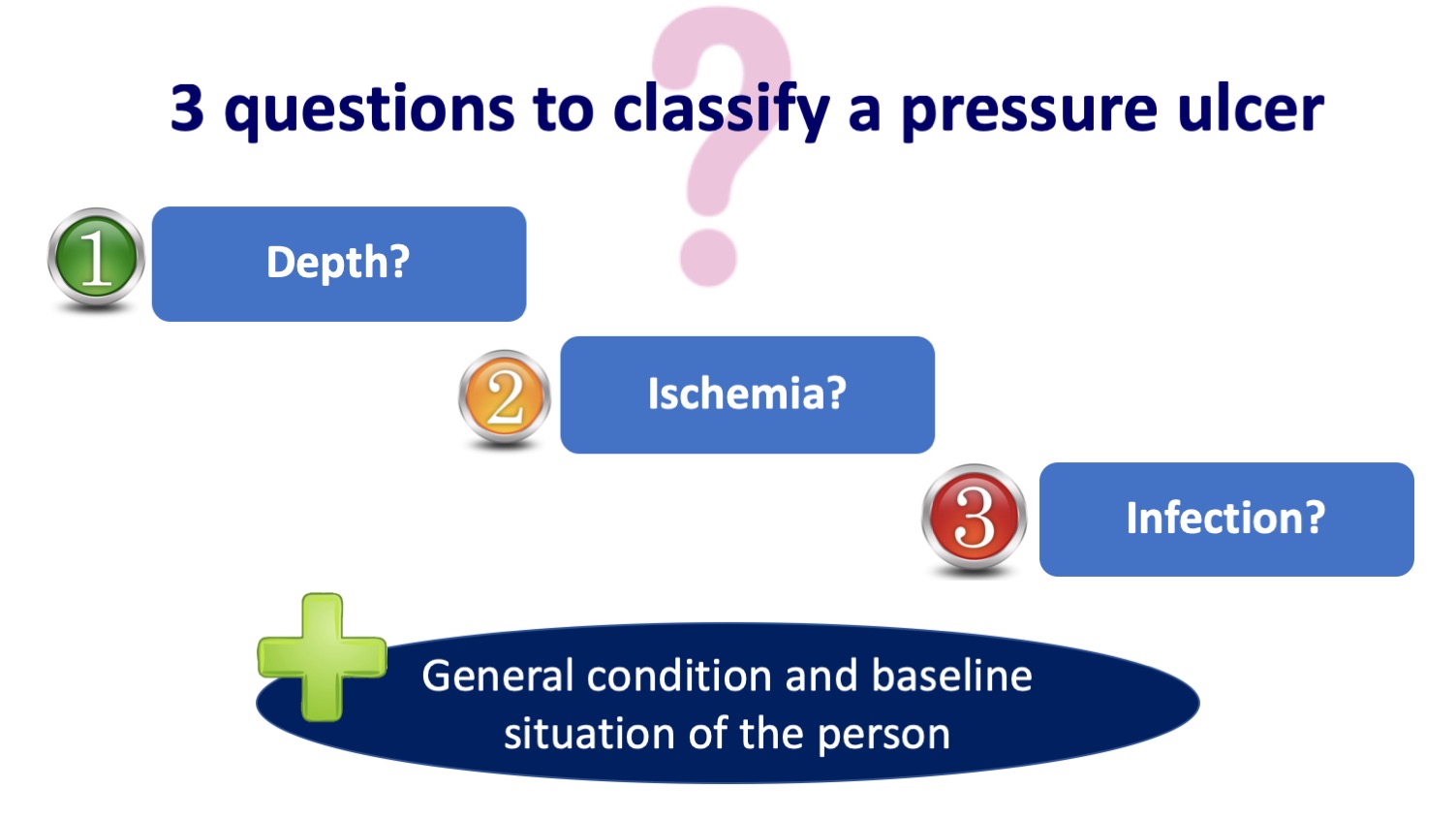 Although I had already reflected many times on the limitations of this classification, I have been encouraged to write on the subject after reading two articles that have just been published by the working group of my friend and great expert in wounds, José Contreras, which you will find at the end of this entry. These authors propose a new classification of pressure ulcers including, in addition to depth, ischemia and infection. This classification is called DIP (Depth, Infection, Perfusion) and is inspired by the University of Texas diabetic foot lesion classification scale.

What are the most relevant practical aspects of this new DIP classification proposal? 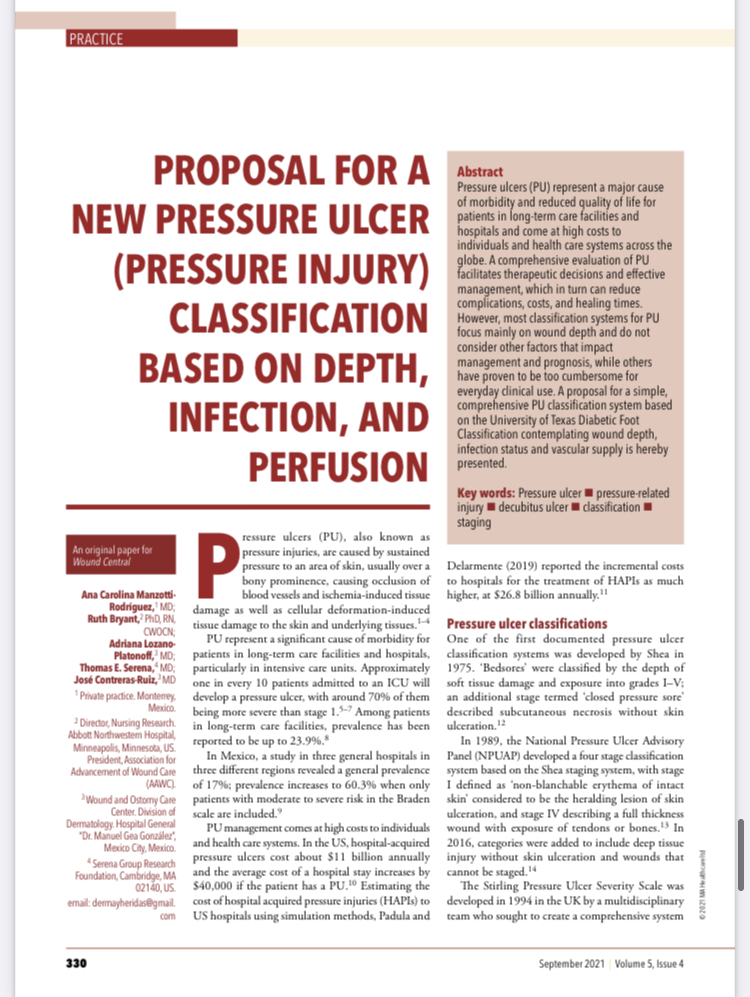 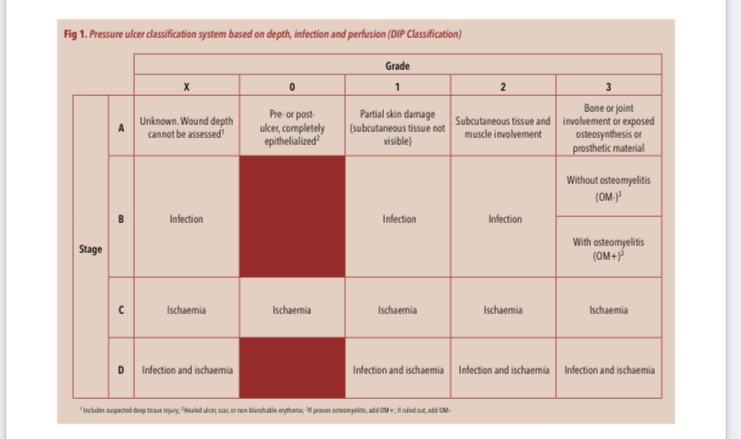 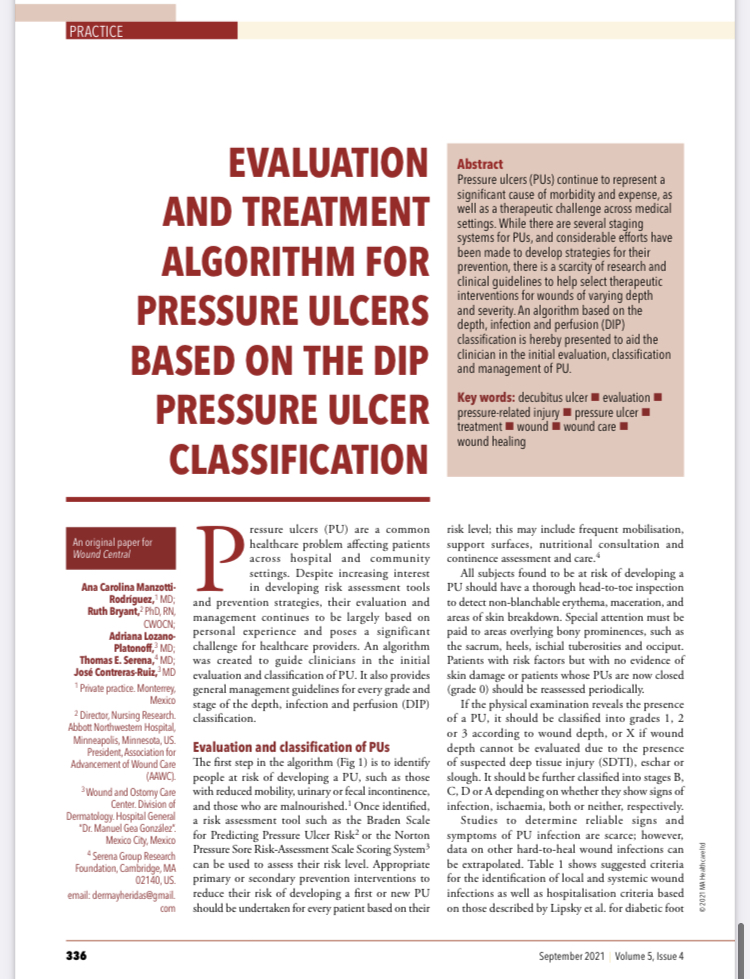 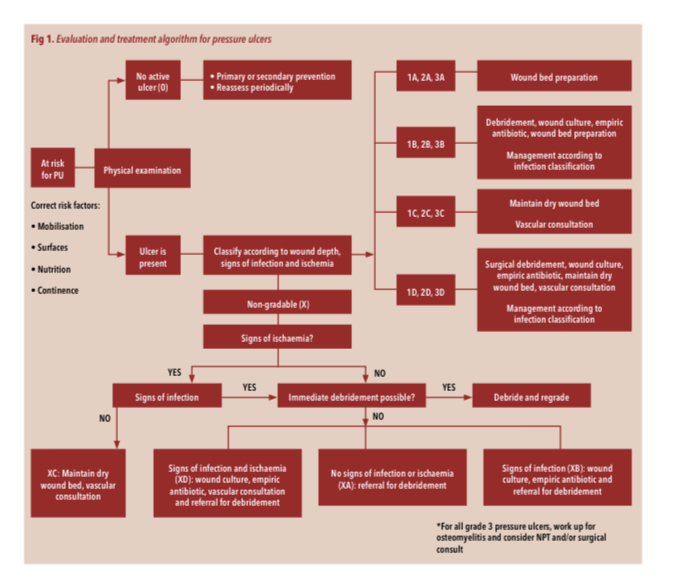